Call Us
Request A Quote Quote 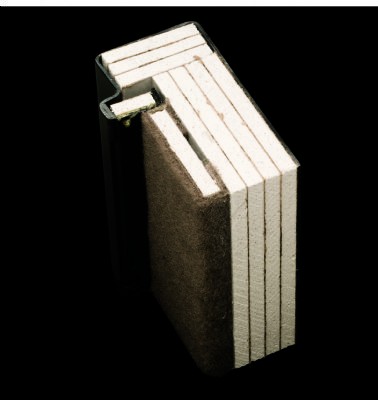 The door opening of the safe, strengthened by U-shaped steel channels, is welded around the entire perimeter to create added pry and attack resistance. The photo at right shows the actual Reinforced Door Frame along with the accompanying fire insulation (fire insulation varies depending on safe model.)

Burglars are initially tempted to insert a pry bar between the door and the door frame of the safe. With lesser safes this can be a potential weakness. But not with a Browning ProSteel safe.

The extra U-shaped bend of the frame (at the point where the door seats against the frame) adds a significant level of resistance to any prying attack. The burglar would not only be prying against a layer of steel, but also against the reinforced "box" shape of the "U" itself. In addition, this reinforcement extends top, bottom and sides around the door frame so there is no exposed or "weaker" place for a burglar to attack. And that is exactly what you want. This feature is not a "perceived strength" like those on some lesser safes, but is an actual design feature that greatly multiplies a Browning ProSteel's resistance to attack. It gives you another peace of mind assurance that is a hallmark of Browning ProSteel.

At A2Z Locksmith located in Houston, we meet your need for living safely and comfortably by offering residential and commercial security solutions, safe services and an online shopping experience so you have easy access to the tools required to keep you and/or your business secure.